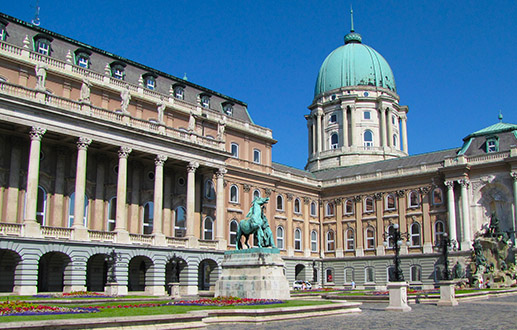 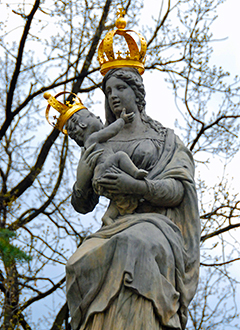 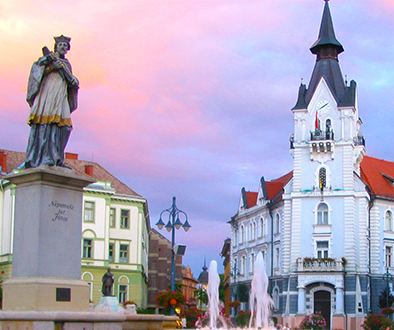 back to main page

In the Footsteps of

Upon arrival in Warsaw take an orientation tour of the city with its beautiful tenement houses, historical monuments and palaces set along the Royal Route. You cannot omit the famous Chopin’s Monument, the Royal Castle overlooking the Vistula River and the Old Town with lovely Market Square and New Town with the Monument of Warsaw Rising. Welcome dinner will be your journey through traditional Polish cuisine specialities, such as pierogi (dumplings with different stuffing), Polish duck with apples and the Warsaw cake “Zygmuntowka”.

With your expert guide have a full day tour of Jewish sites, including highlights such as: Nozyk Synagogue - devastated during the occupation and renovated after the war, serves all believers to this very day; Okopowa Jewish Cemetery – the largest one in Warsaw founded at the beginning of the 19th century. Many beautiful, richly ornamented, gravestones display lions, deer, plant life and trees. Several eminent politicians and people of culture are buried at this cemetery; Warsaw Ghetto area – including the site of the bunker on Mila Street, the place where the chief staff of the Jewish Combat Organization committed suicide; the monumental Memorial of the Heroes of the Warsaw Ghetto located on the square which was once the site of one of the main bunkers of the Jewish Combat Organization and the Umschlagplatz.

Morning departure for Bialystok. En route visit to Treblinka, the site of the former largest extermination camp, designed exclusively for the murdering of Jews from the Warsaw Ghetto, the ghettoes of other cities, as well as for thousands of Jews from nine other European nations a few dozen miles outside of Warsaw. Continue to Tykocin, a town famous for great scholars of the Tora where you will see the family house of the Zamenhof family and the splendid 17th century Synagogue. Overnight in Bialystok.

Morning departure for Lublin, a place where Jewish community settled in the mid-14th century, and grew so rapidly that some 200 years later the town had the third-largest Jewish population in Poland after Krakow and Lviv. In the mid-18th century Jews formed half of the city’s inhabitants. Before World War II Lublin was one of the most important centers of Jewish culture in Poland. The only Jewish college of higher education in the country was located here. Former Jewish Quarter covered the area of today’s surroundings of the Lublin Castle and Castle Square where we will start our tour. We will take you to Old Kirkut – the oldest still existing Jewish cemetery in Poland. You will also visit New Jewish Cemetery and Synagogue of the Chevra Nossim. Drive to Majdanek to see the grounds of the former Nazi camp with the Monument, the Mausoleum “Road of Homage” and the crematorium building. Return to Lublin for overnight.

Drive to Rzeszow where we will see the 18th century New Town Synagogue, now an art gallery and the 17th century Old Town Synagogue, now the city’s registry and a center for studies on the history of local Jews. En route stop in Lezajsk, a famous destination for thousands of Chassidism who come here to celebrate the anniversary of the death of Tzadik Elimelech. Overnight in Rzeszow.

Morning visit to Lancut where you will see the biggest and the most beautiful synagogue in Poland built in 1760s. It has retained much of its decoration and has been opened as a museum. At the same time you must see one of the most beautiful Polish residences, the Lancut Castle set in the splendid rose garden. Continue to Tarnow to visit an old Jewish district and the Jewish Cemetery that dates from the 17th century and features about 3000 tombstones. The original gate to the cemetery is now on display at the United States Holocaust Memorial Museum in Washington. Arrival Krakow for overnight.

Tour of Krakow’s Old Town with the Main Market Square with its magnificent houses and palaces. There is a Cloth Hall in the middle of the Market Square, built before 1349 and altered in the 16th century. Another characteristic element of the architecture on the Market Square is the magnificent extensive Gothic Church of Our Lady with its famous wooden altar created by Wit Stwosz. Before you will start the tour of Jewish sites we invite you to a lecture with slides entitled: “Polish Jews before and after World War II”. Afterwards, drive to Kazimierz – a former Jewish district town with its own Market Square, Town Hall and thriving culture. See a magnificent Gothic Old Synagogue and the Remuh Synagogue with adjoining Renaissance cemetery. Visit the newest, renovated Tempel Synagogue built for progressive Jews, decorated with stuccoes, paintings and stained glass. Dinner with klezmer music concert and opportunity to taste specialities of typical Jewish cuisine, such as: kugel, tzimmes and pascha

We invite you to a lecture given by former Director of the Center for Jewish Culture in Krakow, Mr Robert Gadek, entitled: “History of Galician Chassidism”, a movement for religious renewal that had its genesis on Polish land under the leadership of the legendary Baal-szem-tov. Join a field trip to the places connected with Oscar Schindler, including his factory, now an outstanding museum to present the history of Krakow Jews before the WWII and during the war. Drive to Plaszow death camp where the Nazis relocated many Jews. Most of the events portrayed in the film “Schindler’s List” took place there. We will also visit the moving museum called “Pharmacy under the Eagle”. It’s located in the Podgorze district of Krakow, the actual site of Jewish ghetto during Nazi occupation. The museum tells the story of Tadeusz Pankiewicz, a Polish pharmacist who chose to remain in the ghetto for several years, dispensing free medicines to the suffering Jewish community. Afterwards, transfer to Oswiecim to see the largest death factory in the history of humanity. The preserved, authentic Memorial consists of two parts of the former concentration camp: Auschwitz I with permanent exhibition of the Main Camp where you will see Block11, the Wall of Death and Crematorium I. You can also see a short documentary movie. In Auschwitz II-Birkenau with the most important remaining camp objects: the site of the camp, residential barracks, the unloading ramp, the ruins of gas chambers and crematoria II and III. Drive back to Krakow.

Morning departure for Lodz – one of the largest Jewish centers in Poland until the outbreak of World War II. Manufacturers of Jewish origin determined the character of 19th century Lodz. Their presence is recorded in the history of the city and its industry. Several large textile mills were in the hands of Jewish industrialists: the Poznanski, Kohn, Ejtingon, Wislicki families. There is rich and beautiful architecture from this period. Its characteristic features are magnificent Jewish palaces, whose decorations were of fashionable extravagance. A good place to find out how the barons of industry lived in Lodz, before World War II, is the “Ksiezy Mlyn” residence. Jewish contribution to the Polish culture was immense. The city’s most famous sons were: Aleksander Tansman, the world famous composer, the pianist Artur Rubinstein and the poet Julian Tuwim. Finally, we will visit Jewish cemetery, the largest Jewish graveyard in Europe. Late afternoon drive to Warsaw for overnight. Farewell dinner with the recital of Yiddish songs performed by the actors of the State Yiddish Theater.

A morning visit to the Museum of the History of Polish Jews that presents the past and present days of Polish Jews. See the special exhibitions, displays, a wide range of media, documents, and artifacts, as well as a documentary movie about the museum. Afterwards, drive to the airport for your flight back home.

BACK TO MAIN PAGE...